Objective. This study was undertaken to determine if a self-directed, computer-based response to presented stimuli (Opternative exam) can generate a refractive outcome that approximates the results of a manifest refraction as determined by experienced eye care professionals (Manifest exam).

Method. The results from sixty eyes of thirty consecutive subjects meeting inclusion/exclusion criteria2 who successfully completed the Opternative exam were analyzed for comparison to the refractive results of a Manifest exam in a double blind fashion. Subjects were given trial frames at the completion of both exams in order to evaluate their vision in both an objective (LogMAR acuity) and subjective fashion (survey quesionnaire). The questionnaire contained a 10 point visual satisfaction ranking question, where 0 was blind and 10 was perfect vision. The questionnaire also contained a confidence based question to determine how confident the subjects were after wearing the respective prescriptions. The 10 point confidence questionnaire had a rating scale of 0 being not confident, and 10 being extremely confident. 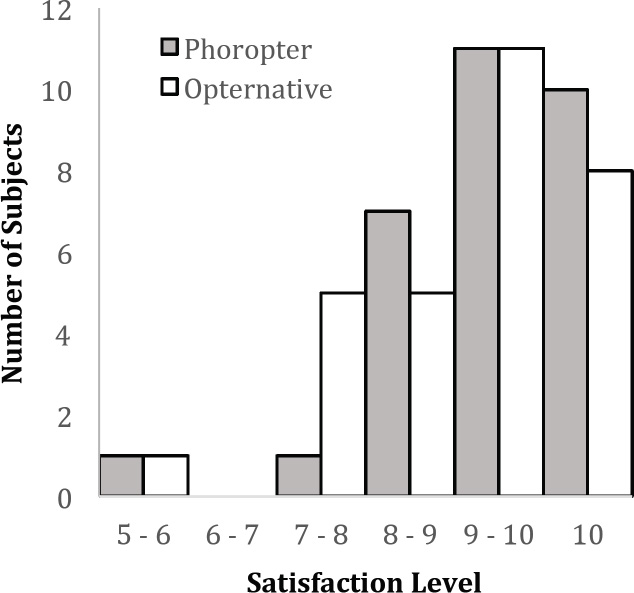 Figure 1: Visual satisfaction ratings from the Opternative exam and conventional phoropter based exam. 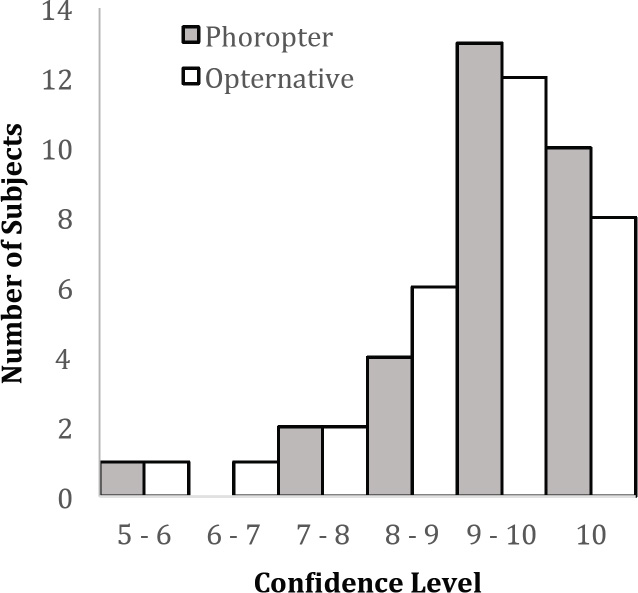 Figure 2: Subject confidence ratings from the Opternative exam and conventional phoropter based exam. 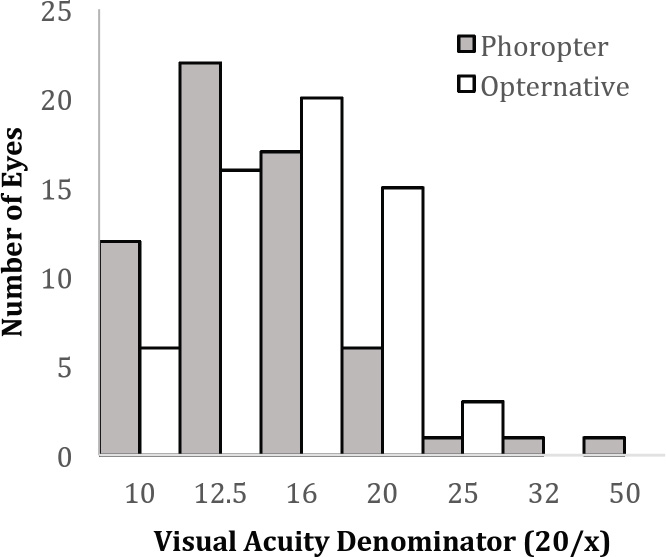 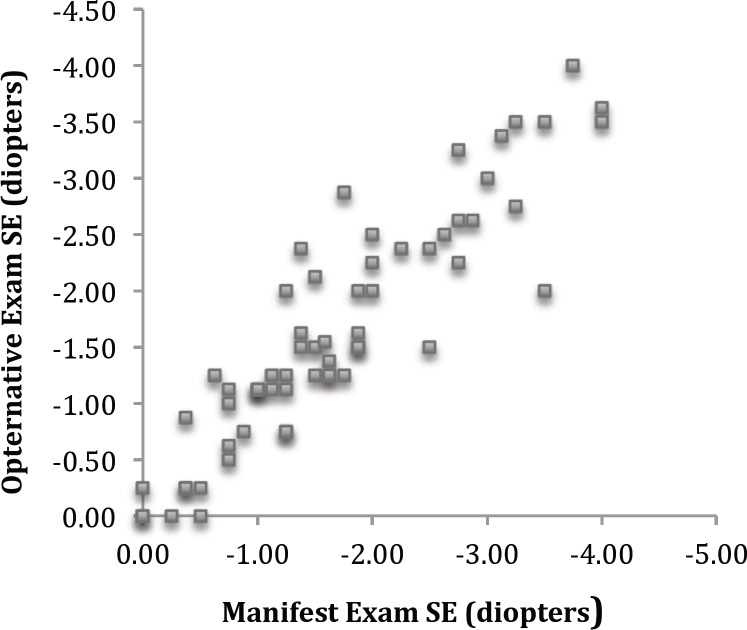 If for any reason you aren't satisfied with your prescription, let us know and we'll make it right. It's that simple.